After breakfast chats and farewells we set off from Old Hall heading for west Wales via Swindon. With the Satnav turned off I map read trying to play I-Spy Utopia from the memory of places that I researched for my book Utopia Britannica. As we motor down the A12 I mentally tick off Jaywick Sands plotland development, the Boxted and Hadleigh Salvation Army Land Colonies, the Tolstoyan Anarchist colony at Purliegh, Silver End model village and the Hawkspur Camp at Great Barfield. None of which are likely to feature anytime soon in The Only Way is Essex. We skirt London on the M25 and turn off at junction 17 where it is something of a shock to find ourselves immediately driving along a single track ‘country’ lane. We are heading for a pub lunch at The Land of Liberty, Peace and Plenty Freehouse at Heronsgate.

The pub was the original 1846 Beer Shop for the Chartist Land Company estate next door which is now an exclusive residential estate with huge houses replacing the  smallholdings and little cottages of the chartists.  After supping a pint of local ale in memory of the Chartists (Mike had an orange juice – he’s driving.) and having a trendy porkpie for lunch, we set off to wander round the estate but after a quick look at the small chapel Mike turned back. Later saying he “just couldn’t stand being so close to ‘the rich’.”

I was more concerned about the amount of footage we were creating on the myriad of cctv cameras dotted on every corner. I carried on on hoping to be able to spot the remnants of a chartist cottage buried beneath the mostly early 20th century large luxury houses. The Chartist Land scheme hoped to set up smallholding settlements across the country with the aim of not only giving working people the chance to get back to the land but also to have a holding that was big enough to give them the vote, The idea being that if enough working people could get the vote this way then it would be possible to vote in MPs who would then give the vote to all working people. Alas, after setting up six land colonies across the south of England the scheme fell apart among legal wrangles as to whether it was a self-help scheme or a lottery. And the leading light of the plan, Fergus O’Connor ended his days destitute in a mental asylum. 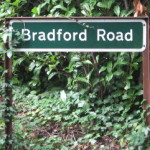 Hersonsgate was originally called O’Connorville in honour of the founding father and consisted of 34 smallholdings and cottages set out on a grid pattern of lanes all named after northern towns. By the early 20th century they had become prime real estate close to the metropolis and apart from the fact that the lanes are still only a single cart width wide it was hard to find any trace of the Chartist cottages, either demolished for the building of rather grand Edwardian houses or else incorporated and lost in the massive extensions-cum-rebuilds over the years. – There is still the odd cherry tree in some of the gardens hinting at its original inhabitants activities, but the nearest I came to any actual evidence of the settlements radical past was a small blue plaque on one of the houses commemorating 160 years since the Chartist Land Colony. After our flying visit to the 1960’s Crow Hall the day before I had a horrible feeling of déjà vu 160 years on at Heronsgate – the ultimate gentrification of utopia.