Day 3 (Part 2) A few of our favourite things 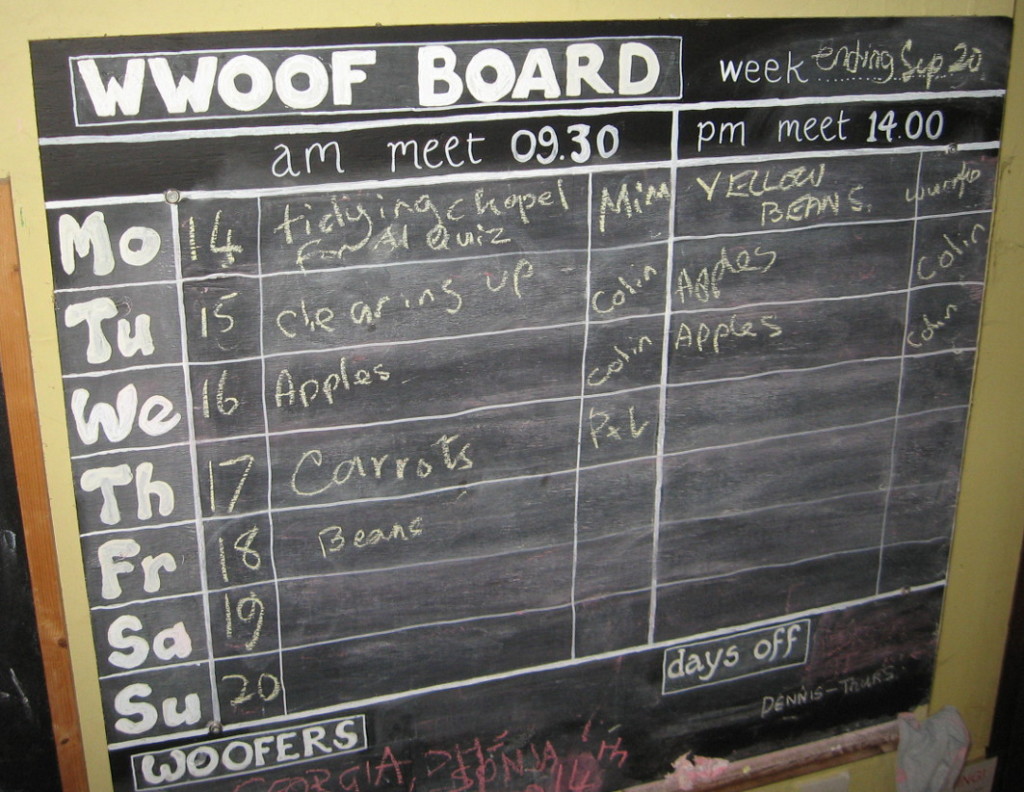 Onwards and eastwards from Crow Hall  across the plains of East Anglia towards East Bergholt the skies throw everything they have at us for miles. With the spray on the A4 reducing visibility to a few yards. We pull into the drive at Old Hall, our 1970’s community of choice, just as the rain eases and after wondering if it was OK to park under the rustic car ports or if they were for members only.(it wasn’t OK) we came across our host Dave with a group of wwoofers just finishing off a serious session of apple pressing. 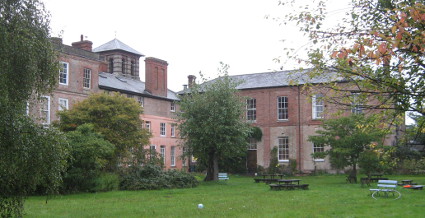 The rain held off long enough for Dave to give us the tour-de-force of the place taking in the grounds (with potato harvest just in and the giant ‘Dragon’ biomass boiler) and then round the labyrinthine hall – North, south, east & west wings. Old Hall is a classic 1970’s ‘Big House’ community. Everything is on a dauntingly large scale.

The communal kitchen/ dining room is gigantic. They have their own chapel-cum-performance space. A wood-store to beat all wood-stores and a line of wellys that stretches from, well here to there, the entire length of a corridor. We sat down to supper with 30 or so of the members, simple and delicious shepherd’s pie and chatted to the folk on our table about life at the Hall. It was over these conversations that the tack of our questions and thoughts veered away from trying to get any detailed views of communal life then & now and moved toward getting a flavour of how it is for people doing it. Mike came up with what turned out to be a rather brilliant, if slightly flippant,opening question which elicited a wide range of sometimes fascinating answers So.“What’s your favourite thing about living here?” met with one or two blank stares – “never thought about living here like that.”. The odd flip-reply back “It’s the food.” or even “The yoghurt.” Through to a rant about how it was impossible to 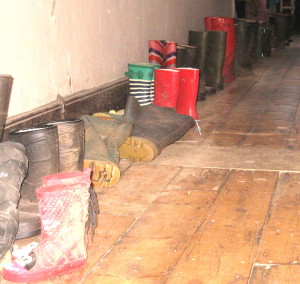 answer such a simple but important question in the time available over dinner without giving us a life history resume. Charlie, who was just back from doing his regular days grandparenting duties in London, where his son was working on the poster campaign against the big arms fair in London for Amnesty UK, ducked the question on the grounds of being too tired, but promised to give us an answer if we met with him for a chat over breakfast in the morning. To round off the evening Dave give us a tour of “the bits we missed on the first tour.” Including what are fast becoming the must see bits of each place we visit; the laundry, the community office, the post pigeon-holes and then to cap it off the amazing chapel-cum-performance-area-cum-bar.

Communal groups are rightly wary of journalists and despite both me and Mike being ‘family’ more than ‘press’ it felt like there was still a slight caution in what people said to us – not just at Old Hall. Both Charlie and Dave asked either not to be quoted on something or for us not to mention things – not because they were really particularly controversial matters, but more out of respect and a caring concern for other members past and present who might be upset if those issues were aired in public. Which we agreed to – so don’t ask.

Charlie (who has been at Old Hall for 35 odd years) had clearly spent some time thinking of his answer to our ‘favourite thing’ question and had even made notes to talk to us over breakfast. Over muesli, toast and honey and a couple of cups of coffee he outlined how living communally had worked for him at different periods of his life; as a young family with a small growing child  (Joined when son was 6), as a couple after his son left home,  as a single bereaved man after his partner died. Illustrating how the Community was supportive in all these phases of his life. We went on chatting about communal life and how things change and stay the same all at the same time. We talked about the amazing Panacea Society in Bedford and eventually drifted on to communal cook’s choice of music – like many places cooks have absolute control over what music is played in the kitchen during food prep. Charlie was adamant that by far the best music to cook to is How sweet it is to be loved by you, by Junior Walker and the All Stars.– “and you can quote me on that.”