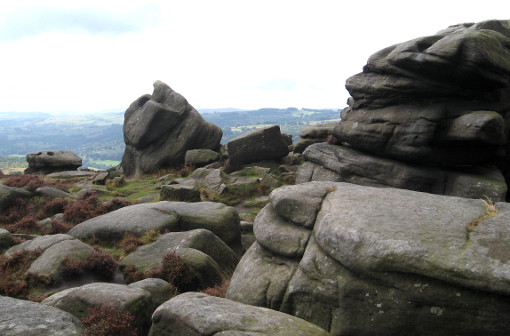 We head off late morning towards the Derbyshire hills above Sheffield on our way to the Quaker Community at Bamford. We stop off for a short stroll at Surprise View and then to grab a quick lunch at the climbers café in Hathersage. Where just as we are half way through ordering with my debit card stuck in the machine there is a power cut and the whole village suffers a brown-out. We get a coffee, but without any power there is no lunch. So we sit and chat for half an hour about how dependent we have become on everything electric and whether this is a foretaste of the future when as the energy crisis deepens we slowly drift into being an un-developing country or worse those apocalyptic visions that we dreamt back in the 1970’s, and were clearly part of the driver for setting up communes, start to become reality. We move on to Grindleford station café, full of wet walkers for a sausage and egg sarny. 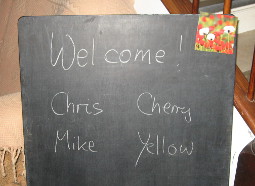 We arrive at the Quaker Community mid-afternoon and it couldn’t be much more of a contrast to yesterday’s visit to Lilac. Both the place and the community are strikingly different. Set in the Hope valley in the imposing but slightly austere early 20th century offices of the Derwent Valley Water Board, originally built as the site offices for the construction of the Derwent, Howden and Ladybower reservoirs that supply water to South Yorkshire and the East Midlands. The offices were used for years as the administration centre for the various water companies right up until the 1980s when a group of Quakers bought them after being inspire by an article in the Quaker magazine, The Friend.

“We live now in a world that is desperate for a practical lifestyle based upon a more caring and humane system than the one we have at present, which always seem to lead to war – trade, class, and inevitably military war….  the community would be an example to those who are seeking, so that they can see that there are other possibilities besides violence, exploitation and the gloom of inner cities….     An obvious way of strengthening and deepening our corporate experience as Friends would be for us to live closer together physically, as the extended family that many Quaker meeting are in a spiritual sense.”   Quaker Kibbutz Anyone? The Friend Aug 1985

We are greeted by an old commune compatriot of mine, from back in the late 1970’s when we had both lived in a small ‘alternative living working co-operative’(we tried for 20 years not to say we lived in a commune) called People in Common in Burnley. Anna, now retired, had recently returned to communal life with her partner Daniel after living a relatively ‘normal’ family life on Jersey for most of the last 25 years. Over a cup of tea we reminisce mainly catching up with news of other old communards and their offspring and what has happened to them over the years. 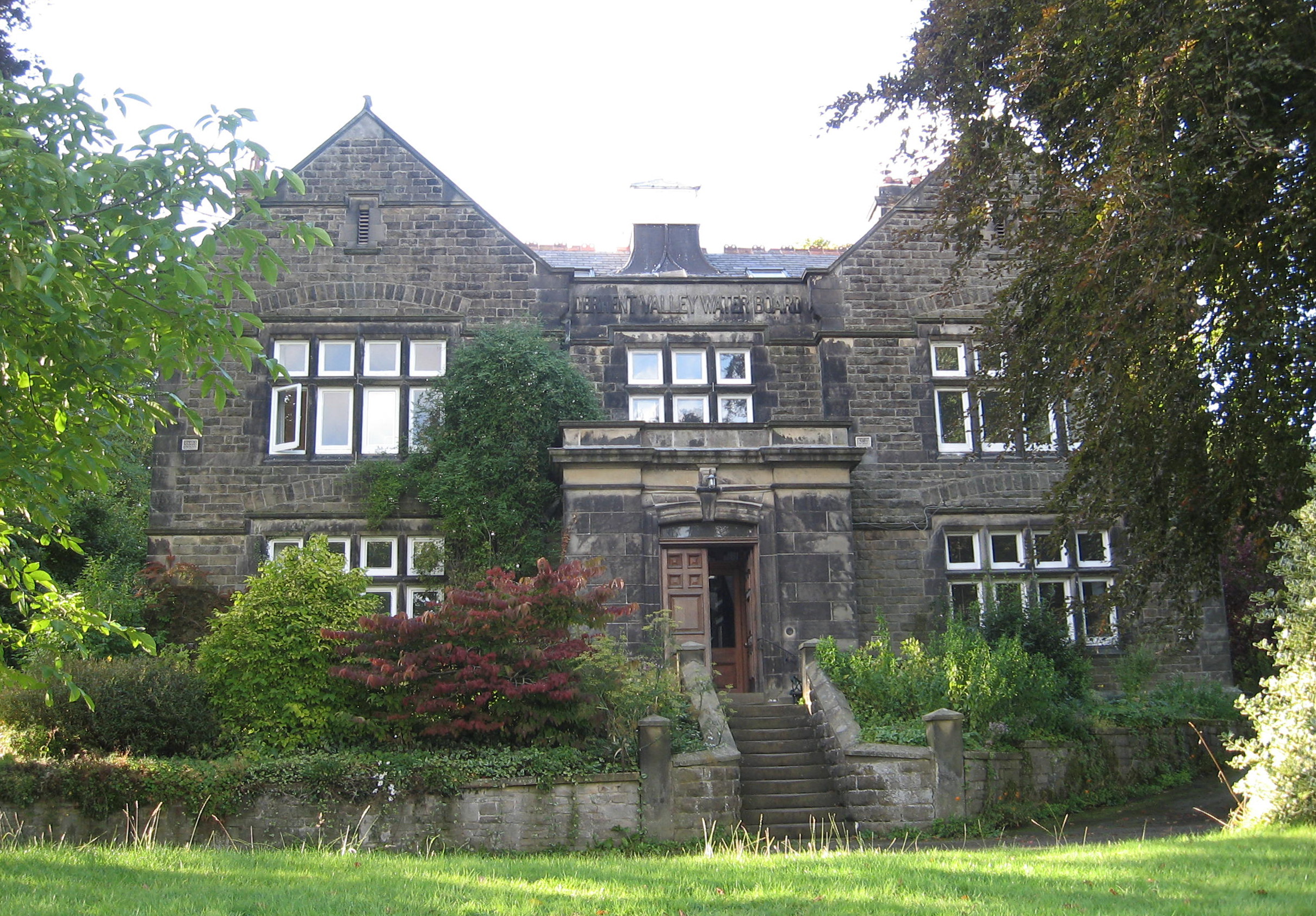 We chose the Bamford Quakers as a destination for the Road Trip as it had appeared in the first edition of the Diggers & Dreamers Directory as an example of a recently formed group back in 1990, but as we were shown round the house and 11 acres of woodland and gardens it gradually becomes apparent that while there has been a community here for over 25 years the current community is only 3 or 4 years old. Things feel oddly fresh on the one hand and somewhat jaded at the same time. There are recent signs of building work throughout the house and much of the place has been redecorated giving the feel of a place newly moved into while in pride of place at the top of the stairs is a patchwork banner celebrating the 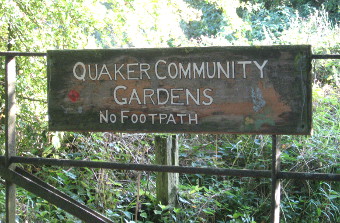 tenth anniversary of the community in 1998. Outside the gardens are a combination of newly worked areas amid mature and somewhat overgrown patches established by past communal gardeners.

We share a meal with the community and chat about how the new community came to be. It seems that for various reasons the ‘old’ community had dwindled in numbers and five years ago the last few members left decided that rather than struggle on they would all leave and invite a new group to form based on the ideas that had inspired the original group back in 1990. This took a couple of years to do with help of the wider Quaker community in the area.

Chatting after dinner with Mike while the community have their evening Quaker meeting, half an hour of largely silent contemplation, we wonder at the dynamics of the new community; with a largely older membership and each member with only a three year renewable tenancy. Later we sit chatting with my old friend Anna about the lengthy joining process that she and Daniel had gone through. Just before we are about to go to be we are shown the manuscript for a proposed book about the community by Rachel Rowlands, one of the long term members of the ‘old’ community. After we have retired to our rooms (Cherry &Yellow) I spend an hour, or so, looking through the manuscript; mainly the concluding section at the end where the author outlines three distinct periods of the community’s history each of roughly seven years. Firstly “a time of newness, excitement, exploration, rapid change and development…” Followed by “exploration and maturing in our ways of running the community and caring for the land … albeit with ‘some floundering’” and then finally a period that “saw new growth and consolidation….. though individual circumstances and a lack of collective vision also led to fragmentation…….” That led to a point where the community just simply “Ran out of steam.”

Both of us made the effort in the morning to get to the 8am meeting of meditation and contemplation before breakfast. The room was cold and I spent the first 10 minutes wondering how they managed to do this every morning through the winter and mulling over the health benefits of the Lilac new build we had seen the previous day. Eventually the calmness of the room quietened my mind and I enjoyed the stillness of the morning as the sun shone in through the windows. As the meeting drew to a close a member spoke asking us to “Hold Jill in the light as she goes to protest against the arms fair in London.”

We needed to make a prompt get away after breakfast as our next destination was on the east coast just south of Ipswich and we had a cross country stop off on the way that we wanted to make. So we said our farewells and hit the road.