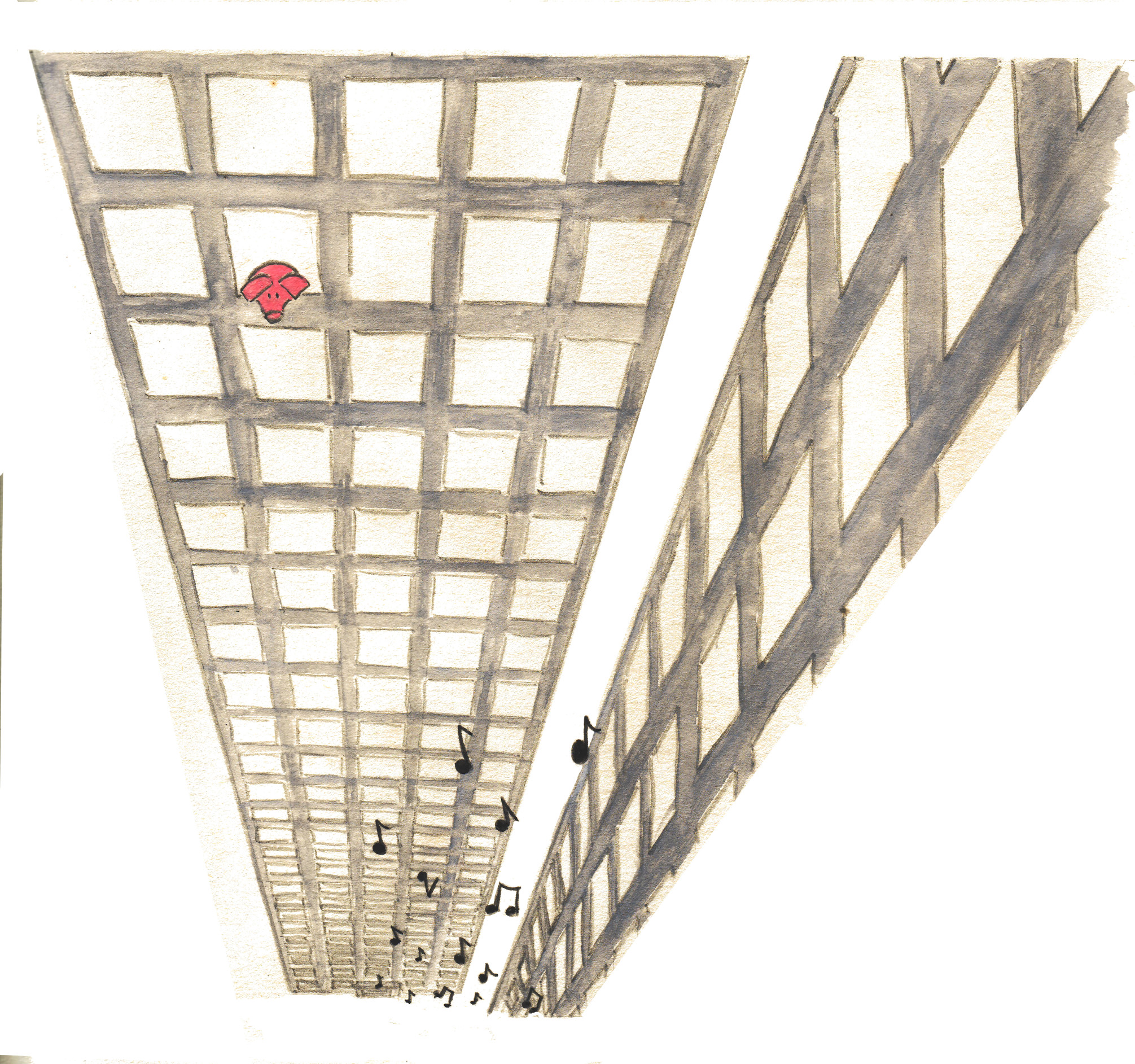 This is the story of Pricilla pig.
A very ordinary sort of pig.
She lives in a town, much like any other town.
In a street which is as dull and grey as the next street.
The buildings are grey, the sky is grey
and even some of the people are grey.

In between squatting in London and joining People In Common I moved back to Leicester for a short while and devised a one man puppet and clowning show entitled ‘This little piggy stayed at home’. With some help from my dad, who was head of a special school, I managed to arrange a small tour of schools in Leicestershire.I also wrote and illustrated the story as a childrens book and sent it to a couple of publishers – who both sent it back without any comments.

In a recent trawl through the filing cabinet in our studio I came across the original manuscript and illustrations for the book. Looking back now the story seems part tribute to the street performers I worked with and had come across during my time 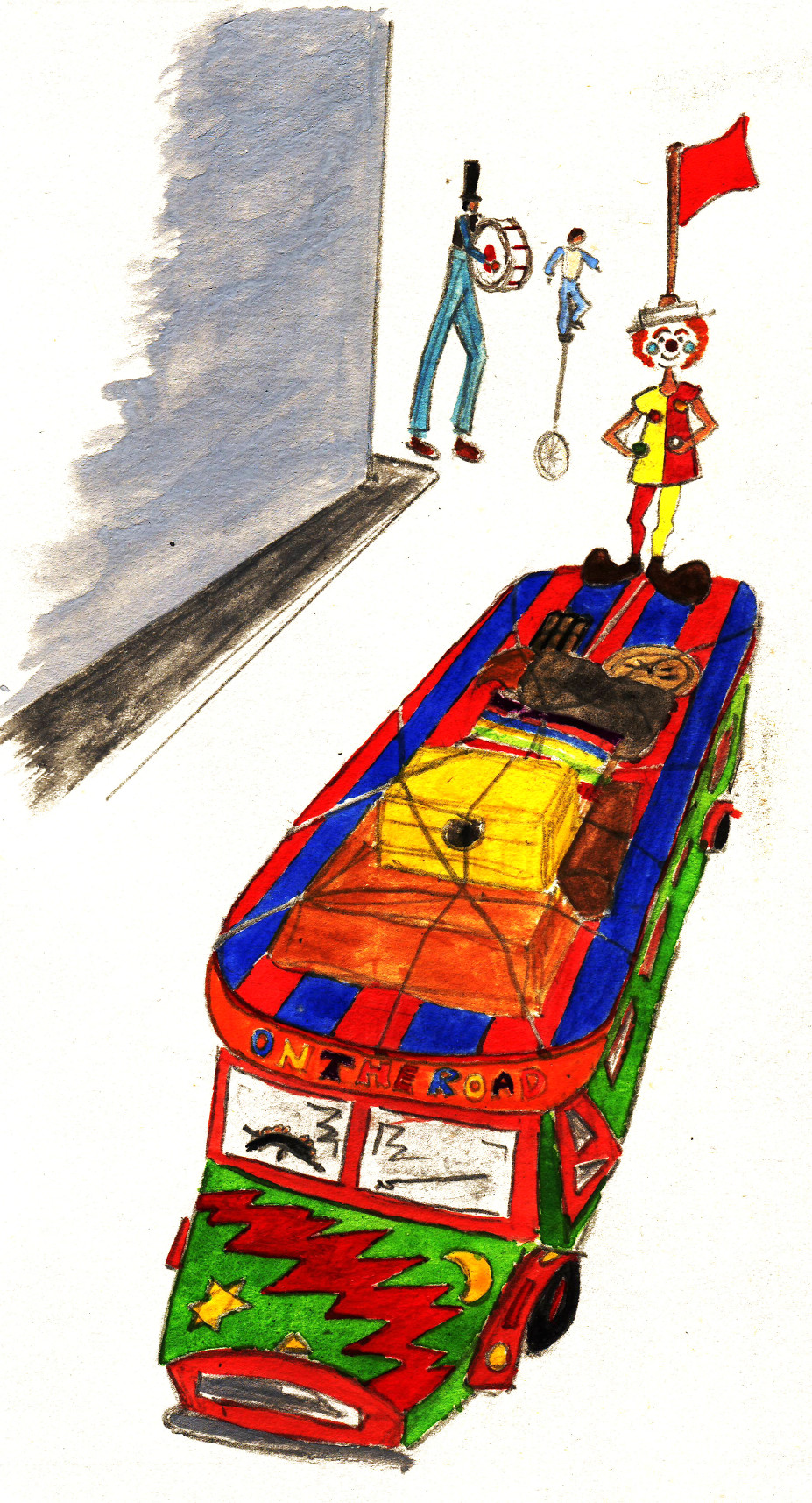 in London and also an attempt by my 21 year old self to try and express some rather basic feminist ideology through puppetry and juggling! – Sounds wonderfully naive thinking about it now. I had worked with Lorna’s puppet troupe at the creche for the National Women’s Liberation Conference in 1977 and I had also dabbled with street busking before I left London – One time I was moved on by the police in Leicester Square because a pickpocket was working the crowd that had gathered to see my flea escapology act – almost Dickensian really. My grasp of feminist thought was rudimentary. I read editions of Spare Rib that were around and Jan had lent me her copy of The Female Eunuch by Germane Greer and that was about it.

The story  of This Little Piggy was simple;  …single parent pig lives on 23rd floor of tower block with baby Alex, dreams of being a pop star, troupe of clowns arrive in street below, set up and perform thier show…. 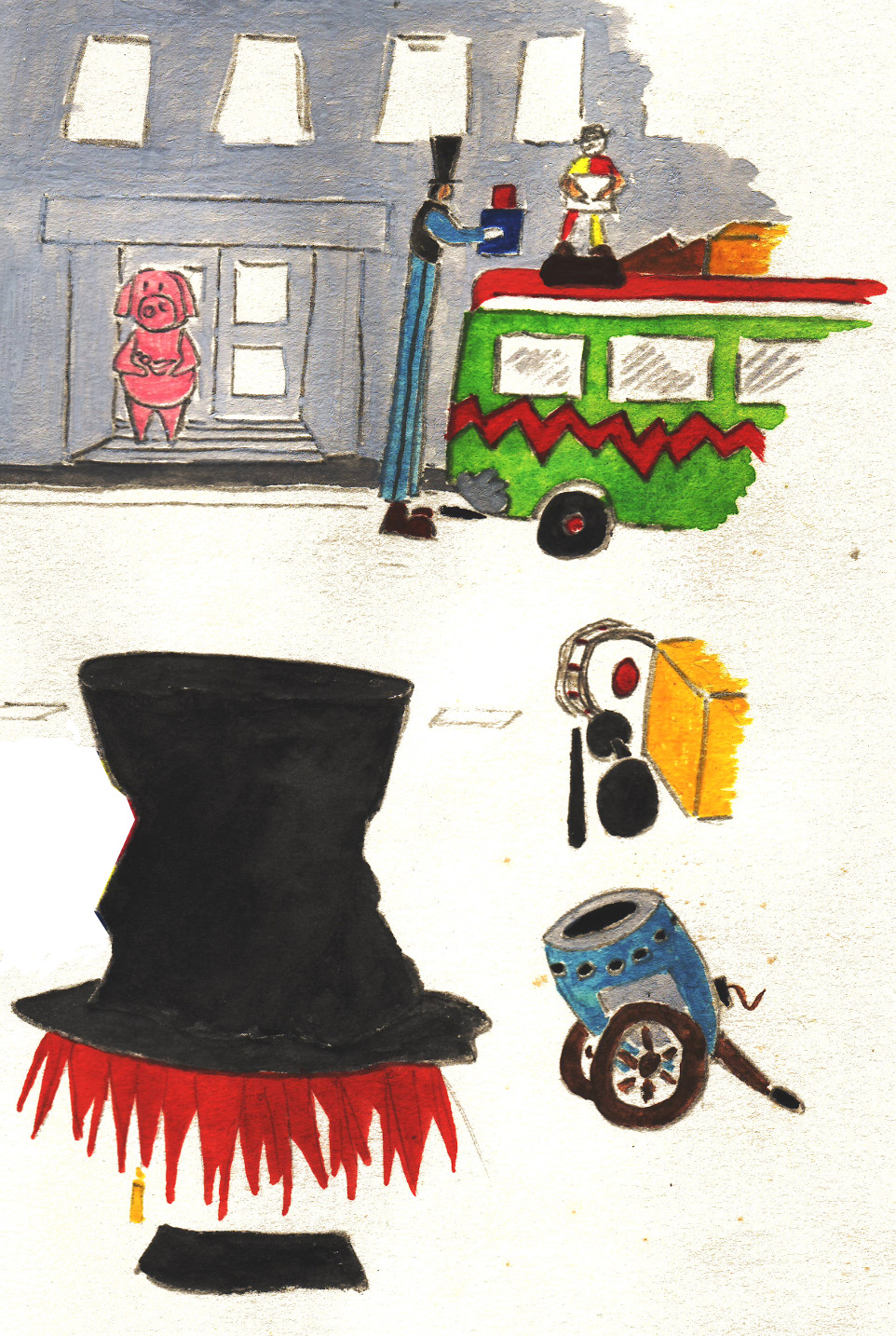 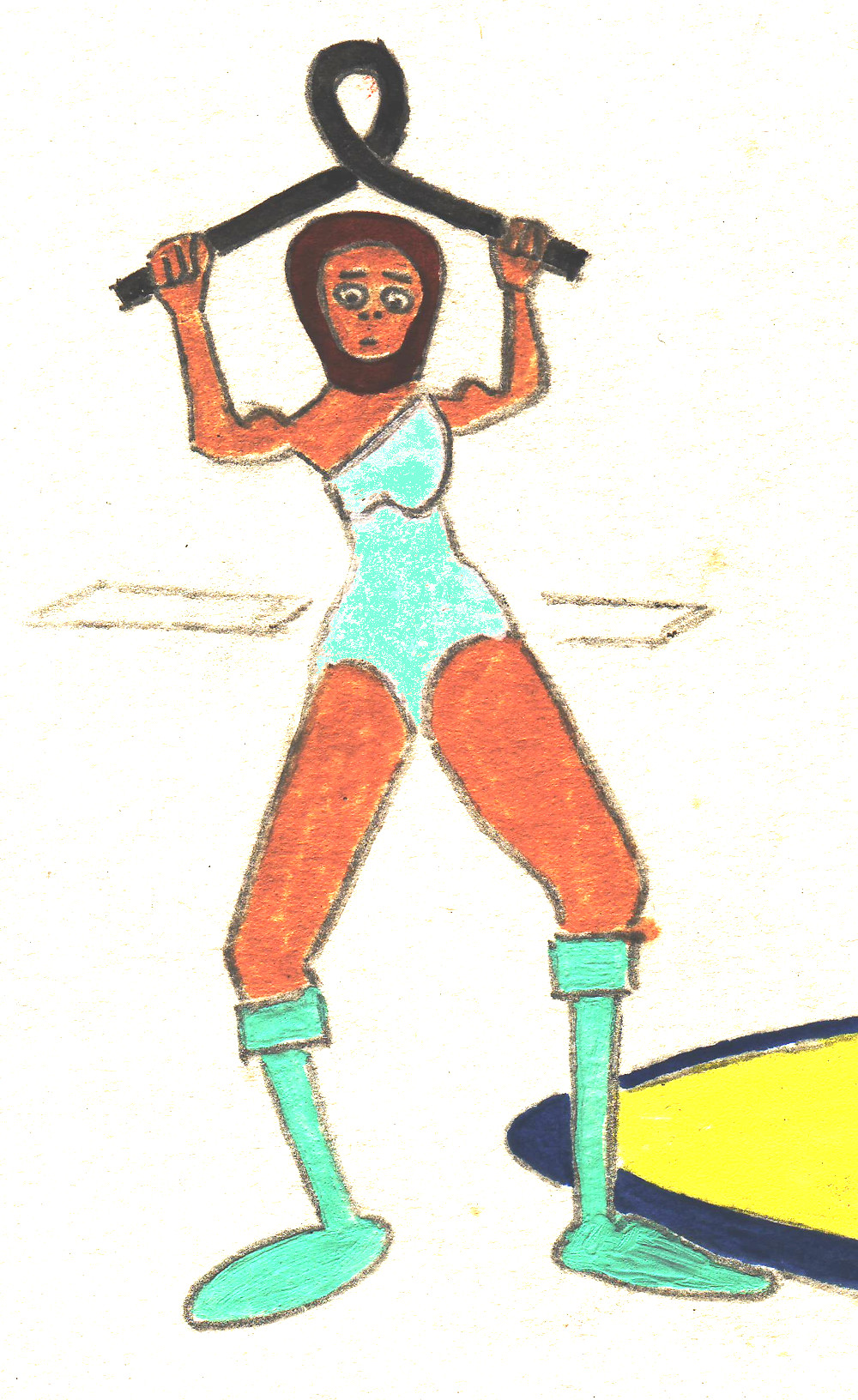 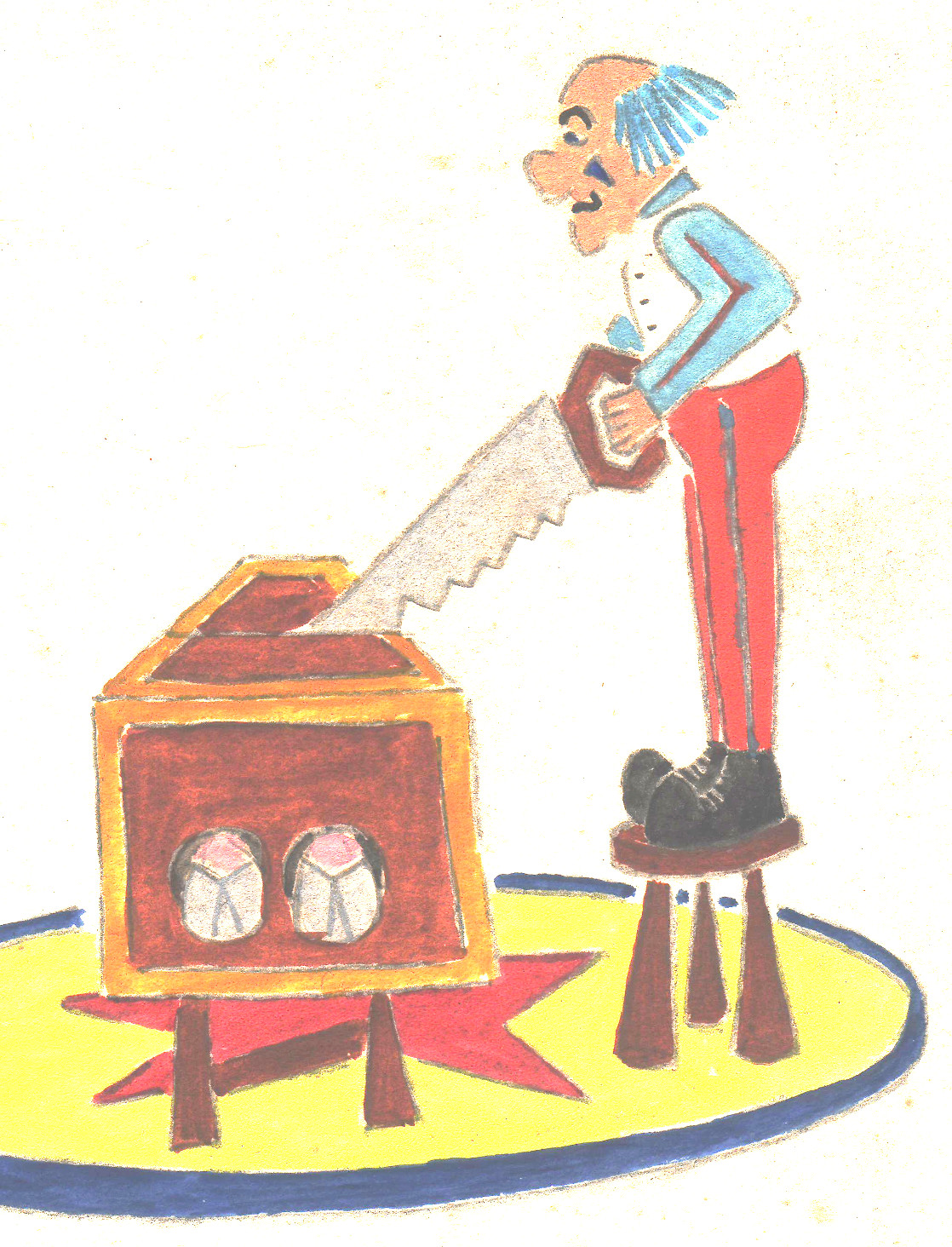 …Pig is amazed,show ends, clowns pack up and leave…

Then quietly and slowly the clowns packed thier things back on to the bus, they said goodbye and drove away.
Leaving Pricilla to go back to her washing.
Pricilla felt sad and lonely as she walked back up the stairs.

KIds seemed to love the show. Though it could just have been the love of anarchy and chaos coming to thier classroom. At one show a girl in the front row never stopped chattering away to herself throughout the show- at the end the teacher said she was autistic and had never spoken a word at school before my performance – which was sort of humbling… I got criticised by one teacher for not having a happy ending and by another for portraying the life that some of the children would have been living too realistically. As it turned out This Little Piggy looked at the time as though it would be my swansong to life as an actor/performer.as I ran away from the circus to join a commune. 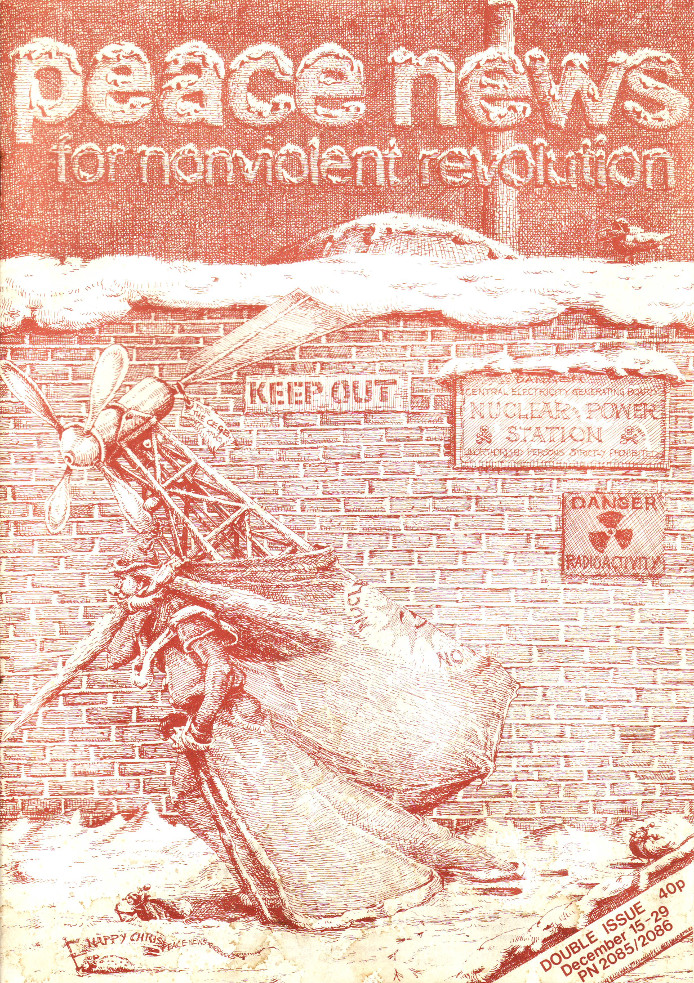 A version of the written story was later adapted for the December 1978 edition of Peace News – and published under the title of An Un-Christmas Tale.