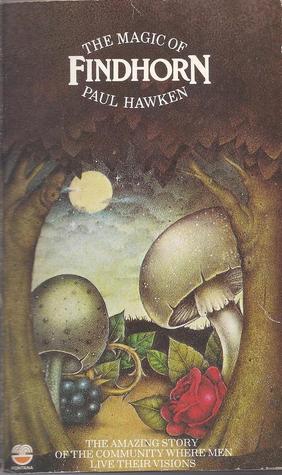 I spent the summer after leaving the Hampstead Lane squat in London earning enough money working in a bakery to buy a motorbike and then spent the autumn touring round the country calling in on various friends. Somewhere along the way I picked up a copy of the Magic of Findhorn by Paul Hawken, the tale of the founding of the Findhorn New Age spiritual community on the Moray Firth in Scotland in the 1960’s. I read it cover to cover sitting in the henge at Arbor Low whilst on a solo walking holiday in the Peak District. Half way through reading the descriptions of the strange windswept caravan site located at the end of the runways of RAF Kinloss I realised that I had visited the place as a teenager on a family holiday in about 1970 and recalled wondering at the time why there were so many hippies in this tiny remote Scottish village. We only stayed one sleepless night. Kept awake by RAF jets taking off over the campsite all night my father refused to pay the site fee in the morning and we left bleary eyed to find a quieter place to camp.

Whilst I didn’t really know what to make of all the talking to plant devas and growing giant vegetables in The Magic of Findhorn I was inspired by the descriptions of community living. I think in that moment in the sun in that strange prehistoric landscape I decided that I was going to try and find a commune to live in – I wasn’t sure quite how and my biggest worry was that I wouldn’t be able to find a place that would ‘allow me to be me’. I don’t know what I thought would happen – that I would have to conform to some set of rules/norms proscribed by some sort of cult like community? – That I would loose my individuality within a group of people who all thought the same? Whilst I had been touring on my motorbike Lorna, from the Hampstead squat, had done the summer tour of communes around the country and she told me I should visit People in Common in Burnley – because “You will like them.”

I had meant to do a tour of a few communes, but I never got further than People in Common. (For years later I always told other people looking for a community that the best way to find a place that would suit them was to visit as many as they could before they made a choice. Obviously not always true.) I was seduced by the place, by the people (literally and metaphorically), by the surrounding countryside and by a resonance both politically with what the group were doing and with childhood memories of my grandparents working class terraced streets.

P.I.C (as it was known to it’s friends.) had been set up in 1974 following a weekend meeting held in Dewsbury instigated by Trever Howell and Cath Blakey. People were invited along to meet “like-minded, fellow-spirited people.” to join in planning and building “a co-operative living/working project somewhere in Britain.” It was envisaged that over the weekend the group would exchange ideas, make plans and set up a working group to “…explore the available alternatives, especially somewhere to live; whether it be squatting in an empty village or renting a disused hospital.” The invite ended by saying “We feel… that we should be quite blunt and make it clear that we do not want anybody to come to the meeting who simply enjoys talking about social experiments – we are going to do it.”

Following the Dewsbury meeting a group started to meet on a regular basis – funding group expenses by a 50p per person contribution made at each meeting. It was decided to send out ‘search-parties’ to scour the country for suitable property that the group might be able to afford. The bit of group founding mythology is that Daniel Wimberly on a recce of the North of England accidentally ‘discovered’ Burnley – the final destination of the lift he had hitched.

Scouting the town for suitable property Daniel was amazed at the low price of terraced housing in Burnley. He reported back to the group that there was a house for sale for £1500. Worried that there must be something wrong with it a surveyor was asked to look at it – it was deemed to be structurally sound – but the price was being inflated for out-of-town buyers. House prices in some parts of Burnley were in fact unbelievably cheap. Due in large part to a declining population as one after another the main industries in the town shrank; weaving, mining, heavy engineering……

The group bought their first house in Glen Street in 1974 for £50¹– No that’s not a typo.Funds to buy the house came from the 50p meeting subs that members had contributed.Houses were so cheap in Burnley that people bought and sold houses over the bar in pubs – You could walk in with a wadge of cash and walk out with the deeds and keys to a house –  if your house is only worth a few hundred pounds at the best, why use a solicitor? – had I not seen it with my own eyes I don’t think I would have believed it. 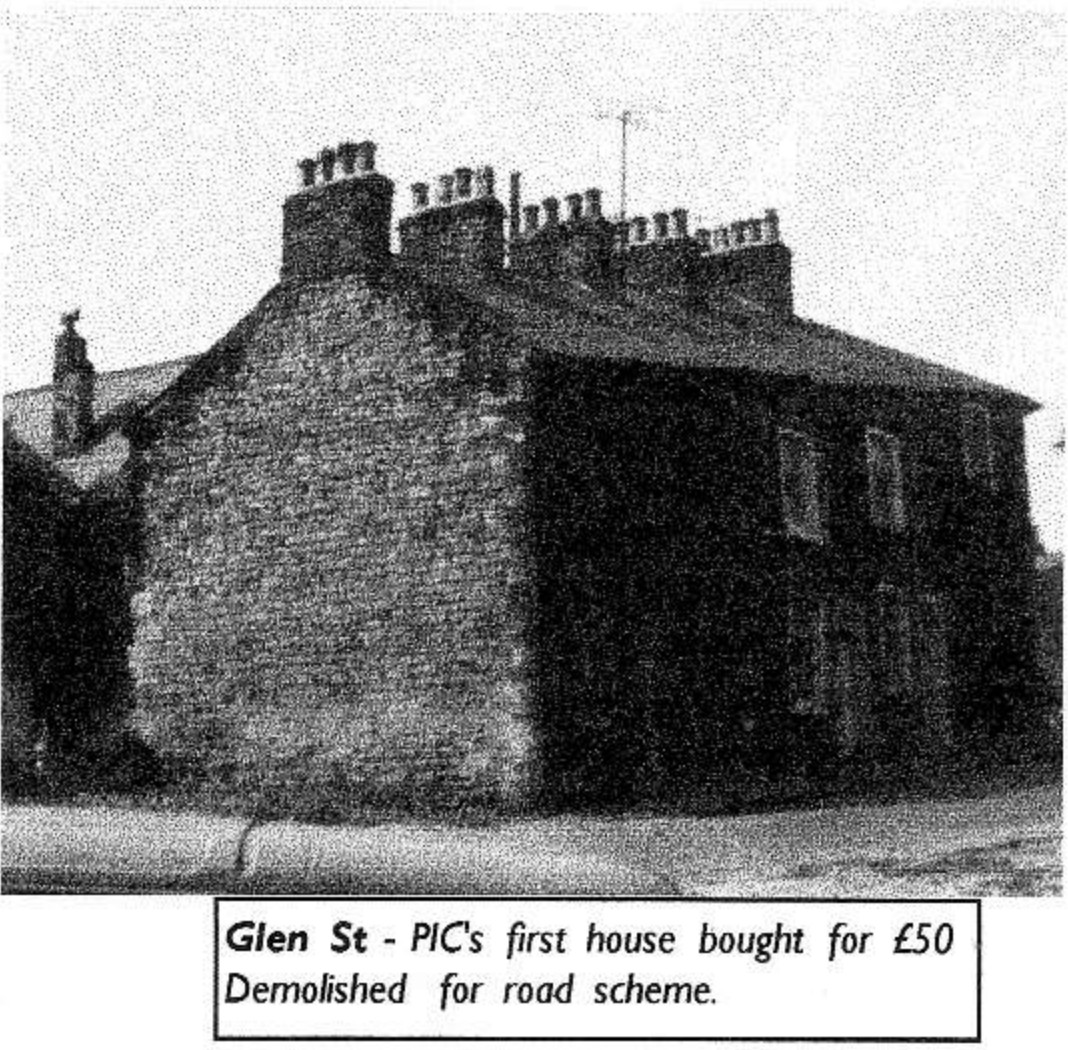 The houses were fine you could move straight into them, they had an outside loo and no bathrooms, but they were sound and the council would give you an improvement grant to do them up.

When I visited the group was income pooling, money coming on a day to day basis from a combination of a few people working in outside jobs and others signing on. Those ‘out of work’ looked after the kids, did building jobs around the eight terraced houses that the group had by then bought in the Burnleywood area, looked after an allotment and got involved in local campaigns. All of which seemed somehow just a natural progression from my squatting days in London. After a couple of short visits I signed up for a six month trial membership.

“We take some inspiration from the ill-fated early cooperative movement which resolved through it’s London congress of 1832: – “Let it be universally understood that the grand ultimate aim of all cooperative societies, whether engaged in trading, manufacturing or agricultural pursuits, is community on the land.” (Our underlining.) ….

From: A brief summary of our history, aims and current posistion. People In Common Feb 1975

Previous post: Not dirty hippie squatters at all Next post:This little piggy stayed at home