One reason I like visiting other intentional communities is that it often gives me a different perspective on my home community. More often than not one I was unlikely to get whilst living in the thick of it. The new insight can come from seeing how other groups do things or more often it comes from chatting to members of other communities and just getting a view from a slightly different angle on common problems/issues that affect many communities. What is even better is going to visit a community when there are people gathering from a whole host of different places for a conference (or even just to play volleyball.) This summers International Communal Studies Association ICSA Conference at Tamera in Portugal was great in that respect. Not only were there thought provoking presentations, but as usual at these events the informal after hours conversations led to equally, if not more, fruitful insights on communal living.

One topic that came up in conversation was the so called Founder Members Syndrome (Founderitis or FMS). A term that I have found gets banded around without it ever being defined – particularly in its relation to intentional communities. I know the conventional business world take on FMS where –

The passion and charisma of the founder or founders, which was such an important reason for the successful establishment of the organization, becomes a limiting and destructive force, rather than the creative and productive one it was in the early stages. Wikipedia

But I have never found the business take very useful in relation to the dynamics of how FMS plays out in the generally more fluid, informal and egalitarian setting of communal living. I should perhaps here declare my status; after 20+ years of communal living, starting off as a squatter back in 1975 through the 80’s & 90’s as a member of People in Common a small communal living/working co-operative in East Lancashire, in 2012 I found myself moving in to Forgebank Cohousing a project I was instrumental in help to get off the ground – Clearly I was running the risk of suffering from an attack of FMS.

The symptoms of FMS listed on the Wikipedia page include:

None of which I really recognise as happening at Forgebank in a negative way – yes as ‘founders’ the project was in the beginning to a large extent identified with us as individuals and yes the five of us made a number of decisions at the start that set the framework for the project and we also recruited people from among our networks of friends and colleagues. But almost any communal group setting up would do all those things. All the communal groups I know in any depth develop formal and informal levels of participation for members that go a long way to counteract the tendency for founders to become a serious negative influence that might threaten the stability or the existence of the group. So I don’t think the business take on FMS really applies to intentional communities in the way it does to other organisations.. 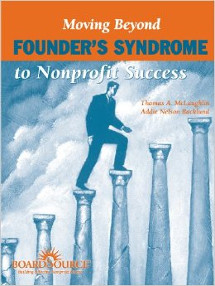 There are though patterns that seem to reoccur in communal groups around founder members and I have wondered what the impact of them are on the community and on the individual ‘founder’. One pattern seems to be that after two or three years of a community starting some founders leave – often after getting into conflict with other members and often leaving being critical of the group. Clearly there is a pattern where newer members feel that somehow founders are up on a pedestal, either of there own making or put there by other members, and that in a supposedly democratic group they have undue power and influence over decisions that are made. Another pattern that has happened at times here at Forgebank is that reference to ‘Founder Member Syndrome’ looks more like a form of shorthand for a leadership attack – where you don’t need to be specific to justify a criticism of a founder member because “we all know that FMS is bad!”

An interesting observation was made by someone in conversation at the Tamera conference regarding who should be considered as a ‘founder’. The point was made that while the conventional view would be that the founder, or founders, are the people who first envisioned the community, that looking from the outside, and from the perspective of future prospective community members, it would seem more accurate to talk about a ‘founding generation’ of the first wave of people to move in at the start of a community’s life and that they all run the risk of falling foul in one way or another of founder member syndrome. Perhaps we should rename it Pioneer Member Syndrome.

My own thoughts about some of the issues that are raised around founders/pioneers are:

I have pondered as to whether bubbling underneath all these ‘symptoms’  there is a cause that is perhaps inherent to the setting up of new communities. In that there is almost inevitably going to be at some point a disparity between what any member envisioned that the group would be like and the reality of what it turns out to have been possible to achieve. The pain and disappointment that this disparity causes it likely to be felt more strongly the earlier that you joined and perhaps most strongly by those who founded the original vision for the group. Is the pattern of people leaving a community a few years after it is set up a sign that the disparity/pain caused by the vision/reality gap in the end just becomes too difficult to reconcile and it is easier to move on than to continue to try and bridge the gap?

Coda: Personally when I am asked whether Forgebank Cohousing lived up to my expectations – my answer is “NO – it far exceeds what I thought we would be able to achieve.” So my personal vision/reality gap is stacked in a positive direction. Which is maybe why, although I am aware of having suffered some of the symptoms of Founder/Pioneer Member Syndrome, I haven’t found it particularly distressing.